Listed below in no particular order are a whole bunch of reasons why moderate beer drinking is in fact: good for you! You are welcome…

Beer is safer than water 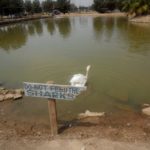 If you’re somewhere you are advised not to drink the water, (Mexico?) the local beer is always a safer bet. It’s even safer than the local bottled water. Beer is boiled in the brewing process and is inherently clean, because if it isn’t, it goes bad in obvious ways that make it impossible to sell. Even if it does go bad, though, there are no life-threatening bacteria and/or pathogens that can live in beer. So drink up – even bad beer is safer than water.

Beer Is a social lubricant and helps you be more social 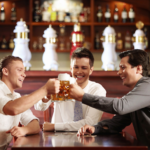 Try and deny it, but after a few beers you are more social. The social aspects of moderate drinking are solidly beneficial to your health. In other words, go get out every now and then and relax with your buddies and/or girlfriends over a couple of beers. Beer is a social lubricant. Social relationships are consistently associated with biomarkers of health. Positive indicators of social well-being may be associated with lower levels of interleukin-6 in otherwise healthy people. Interleukin-6 is an inflammatory factor implicated in age-related disorders such as Alzheimer’s disease, osteoporosis, rheumatoid arthritis, cardiovascular disease, and some forms of cancer.

Some Ultra-Non-GMO nut will try to tell you that beer is loaded with additives and preservatives. The truth is that beer is as all-natural as orange juice or milk even more so – some of those milk & OJ labels will surprise you the amount of GMO sugars and sodium that is added. Beer doesn’t need preservatives because it has alcohol and hops, both of which are natural preservatives. Beer is cooked and fermented,  That’s it! Then it is filtered and packaged. Yes even Bud and Coors Light and some say the same can be said for Heineken.

For a completely natural beverage, beer offers serious low-calorie options. Twelve ounces of Guinness has the same number of calories as 12 ounces of skim milk: about 125. That’s less than orange juice (150 calories), which is about the same as your standard, “full-calorie” beer. If beer were your only source of nutrition, you’d have to drink one every waking hour just to reach your recommended daily allowance of calories (2,000 to 2,500). And nobody’s recommending you drink that many. The only natural drinks with fewer calories than beer are plain tea, black coffee and water. Surely, beer is loaded with those fattening carbohydrates, right? Wrong again. The average beer has about 12 grams of carbs per 12-ounce serving. The U.S. Recommended Daily Allowance is 300 grams of carbohydrates in a standard 2,000-calorie diet. In other words, you would need to drink an entire 24-pack case of beer – and then reach into a second case – simply to reach the government’s recommended daily allotment of carbohydrates. You’re better off munching an apple or drinking some soda pop if you want to carbo-load. Each has about 35 to 40 grams of carbs – three times the number found in a beer. Also, beer has no fat or cholesterol.

Moderate drinking is good for you, and beer is good for moderate drinking. Everyone knows that if you drink too much, it’s not good for you. Let’s not pull punches: If you’re a drunk, you run into things, you drive into things, you get esophageal cancer, you get cirrhosis and other nasty conditions. But more and more medical research indicates that if you don’t drink at all, that’s not good for you either. According to numerous independent studies, moderate drinkers live longer and better than drunks or teetotalers. Beer is perfect for moderate drinking because of its lower alcohol content and larger volume compared with wine or spirits. And as that old radical Thomas Jefferson said, “Beer, if drank with moderation, softens the temper, cheers the spirit, and promotes health.” And he didn’t need a scientific study to tell him that.

Beer has plenty of B vitamins

Beer, especially unfiltered or lightly filtered beer, turns out to be quite nutritious, despite the years of suppression of those facts by various anti-alcohol groups. Beer has high levels of B vitamins, particularly folic acid, which is believed to help prevent heart attacks. Other complex b vitamins like: riboflavin, niacin, vitamins B6 and B12, pantothenic acid. Beer also has soluble fiber, good for keeping you regular, which in turn reduces the likelihood that your system will absorb unhealthy junk like fat. Beer also boasts significant levels of magnesium and potassium.

If you want to get a bit more cutting-edge than vitamins, beer has other goodies for you. You’ve heard of the French Paradox, how the French eat their beautiful high-fat diet and drink their beautiful high-booze diet and smoke their nasty goat-hair cigarettes, but have rates of heart disease that are about one-third that of the rest of the world? It’s been credited to red wine and the antioxidants it contains. Thus Wine gets all the Glory for its benefits to a healthy heart.  Just as wine, beer has lots of antioxidants, in fact it is just as many as red wine? Dark beer! According to the American Heart Association, “there is no clear evidence that wine is more beneficial than other forms of alcoholic drink.” One study profiled in the British Medical Journal in 1999 said that the moderate consumption of three drinks a day could reduce the risk of coronary heart disease by 24.7 per cent. 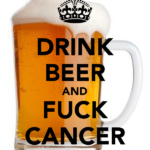 The most amazing beer and health connection is something called xanthohumol, a flavonoid found only in hops. Xanthohumol is a potent antioxidant that inhibits cancer-causing enzymes, “much more potent than the major component in soy,” according Dr. Cristobal Miranda of the Department of Environmental and Molecular Toxicology at Oregon State University. This xanthohumol stuff is so good for you that the Germans have actually brewed a beer with extra levels of it.

A study of women identified through the Cancer Surveillance System (CSS), a population-based cancer registry in Washington State, found that higher levels of alcohol consumption were associated with lower risk of developing thyroid cancer. In another study beneficial effects of moderate alcohol intake against atherosclerosis have been attributed to its antioxidant and anti-inflammatory effects, as well as to its actions on vascular function. In this framework, part of these effects may be attributed to polyphenols mainly contained in wine and beer, as these compounds exhibit antioxidant, anti-carcinogenic, anti-inflammatory, hypotensive or even anticoagulant properties.

A 2011 Harvard study of 38,000 middle-aged men found that when those who only drank occasionally raised their alcohol intake to one to two beers per day, their risk of developing Type 2 Diabetes dropped by 25 percent, because alcohol increases insulin sensitivity, thus helping protect against diabetes. 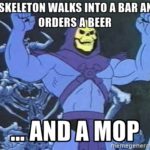 A beer or two may make your bones stronger. Beer is rich in silicon, an element found in very few other foods and drinks, and Silicon has been linked to stronger bones. In a Tufts University study, men who drank between one to two beers a day had hip bone densities three-and-a-half to four-and-a-half times greater than teetotalers.

While these benefits sound great, it’s important not to read them with beer goggles on. Moderation is the key word here. Typical recommendations for beer and wine consumption are no more than one drink a day for women and two for men, but are heavily reliant on age, gender, genetics and body type. That means science won’t back up your decision to knock back an entire six-pack and you shouldn’t start drinking just for the health benefits. But if you have a six pack? Give me a call. I’ll help you drink it.

Always do sober what you said you’d do drunk. That will teach you to keep your mouth shut.