Recently, I read an article where Anthony Bourdain criticized “Craft Beer Drinkers” and “Enthusiasts.”  Basically, he claimed Craft Beer aficionados are “Emotionless” sitting there with a whole bunch of sample glasses like a scene out of “Invasion of the Body Snatchers.”

Now, originally I was going to mock him a little bit  about it. Because most “Beer Enthusiasts,” that I hang out with and/or have encountered, are far from being emotionless. But as I sat in front of my keyboard sipping on my Harpoon IPA, I realized something. He’s right about the silly notion of “Beer Samplers” – but, not about emotionless “Beer Enthusiasts.”  If he was going to use “Invasion of the Body Snatchers” as a reference I would liken it to the scene when Donald Sutherland is taken over and points and screams at the person who does not conform. (Well, maybe he’s right on that too.) 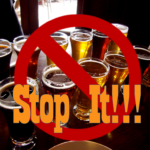 In Fact: I got quite a bit of flak from my peers when in one of my articles I mentioned that we need to stop this silly “Beer Sampler Trend” it seems: Anthony Bourdain agrees, as he described a recent experience in a San Francisco Bar:

“I was in San Francisco, and I was desperate for beer, and I walked into this place…  I looked around: the entire place was filled with people sitting there with five small glasses in front of them, filled with different beers, taking notes. This is not a bar. This is fucking Invasion of the Body Snatchers. This is wrong. This is not what a bar is about.”

When I said the same thing in my article I got: “poopooed” and I was adamantly told by these folks how much they loved the Beer samplers. I was literally told I had no idea what I was talking about. But it seems Anthony not only agrees with me but I think he is right.

Every time I have gone to a Bar that has these silly things, you always see people struggling with them. Depending on the Bar, they come in 4, 5, 6, or  even 7, beers that you can sample. And it’s never like they have them pre-selected for you. Noooo instead of picking one beer now you gotta pick 3, 5, 0r 7, beers to have on your sampler out of the 20 or more taps they have.

This isn’t fun people. For me going to a Pub or a Bar is a social experience. You meet your friends and share a few brews or drinks and laugh and have fun with your friends. With a sampler now you’re wasting time trying to narrow it down.

I’m told beer sampling is a social experience. Sure – it can be, but not at a bar. I prefer it when I go to the beer store and they preselect 3 beers for me to try on sampling night. It’s done. I try the 3 beers, I like them, or I do not, I move on with my life. 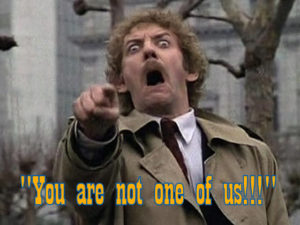 And of course, when I make this point I’m told by my fellow “Beer Enthusiasts” that I’m wrong. They are pointing at me like I’m an outsider not fitting in. Like I didn’t have the “Pod” next to my bed taking over my body.  Meh, I’ll live…

I’m going to savor this 20 oz beer while you struggle through the tastes of seven different beers you are not sure that you like, and end the night with “palate fatigue.”

And Mr. Bourdain, If you happen to read this, (Doubtful.) and you happen to be in New England, I’ll take you to a few Bars that we can have a few good beers at and swap lies and tall tales and have a good time. Like what is supposed to happen at a Pub.

Not all chemicals are bad. Without chemicals such as hydrogen and oxygen, for example, there would be no way to make water, a vital ingredient in beer.