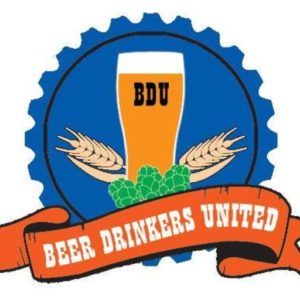 Or as we sometimes shorten it to: “BDU”  What is BDU?

At BDU we like to talk about anything, But more than that, we like to talk about these “things” while also spreading the Gospel of Beer and, let people know that it’s OK to think about your favorite activity at the end of the day while drinking a good brew or while you might be making your own brew…

I mean come on. What’s not cool about kicking back with a few friends and talking about anything you like:

This site will evolve and grow I hope.

BeerDrinkersUnited was originally a brainchild of Joel Chappell and a group of his friends that all played video games on PCs. At the time LAN Parties were the thing and Joel and his friends began attending them. Tournaments were formed and Clans began participating, in order to do so you needed a group of 5.  Thus at a pub in the middle of Nashua NH the group formed as Clan  BeerDrinkersUnited. (BDU)

The group played and met yearly for years but high-speed internet kind of made LAN Parties redundant. The group still meats occasionally for social imbibing of good home-brews or obscure beers but facebook made the forums on BDU kind of redundant.

Joel did not want to give up BDU though. And always had a vision for it… What that Vision is is still kind of “hazy.” Possibly due to the IPA he is currently drinking while writing this about page.

Remember “I” before “E”,except in Budweiser.